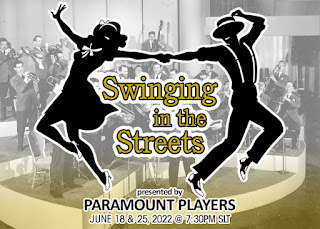 The Players are doing jazzy swing style dances that all started during the late 1920s and early 1930s. Swing, in music, both rhythmic jazz music and specific jazz idiom were prominent between about 1935 and the mid-1940s—years sometimes called the swing era. Swing music has a compelling momentum. I results from musicians' attacks and accenting in relation to fixed beats.