LABOR DAY PARTY AT PARAMOUNT TODAY!! 6pm slt to when the music stops?! Come and party outside with the Paramount Players and whoever shows ups!! ALL dancers from other troupes are welcome! VIPs to the Paramount and other places are welcome too! Beachwear is the attire since we are all outside in the Gazebo and pond area. Bring your suits and your good moods!!

I have also set up a road for those that can rezz cars and bikes to ride around the parcel if you so desire, race your friends or just have a race with yourself!
By Lotta D. Difference at August 30, 2014 No comments:

Changing things around a bit

Changed things around again. Because I wanted to make the blog look different yet again! I have a tendency to change things that bored me after awhile.

If you frequent the blog you see my changes! I did add something we hadn't had before. I never knew if anyone that came to our shows or the blog would need it to be translated, but I added a Google translator on the right side for those that may need it. We do have a few French that visit the theatre lately!
By Lotta D. Difference at August 26, 2014 No comments:

Paramount is throwing a Labor Day party! It's nearing the end of summer but damn it's hot outside! Come dance and swim in the pond at the Paramount for awhile! Enjoy the tunes and the company of the Paramount Players, Dance Xcertera dancers and the Esylium troupe! All VIP are invited! 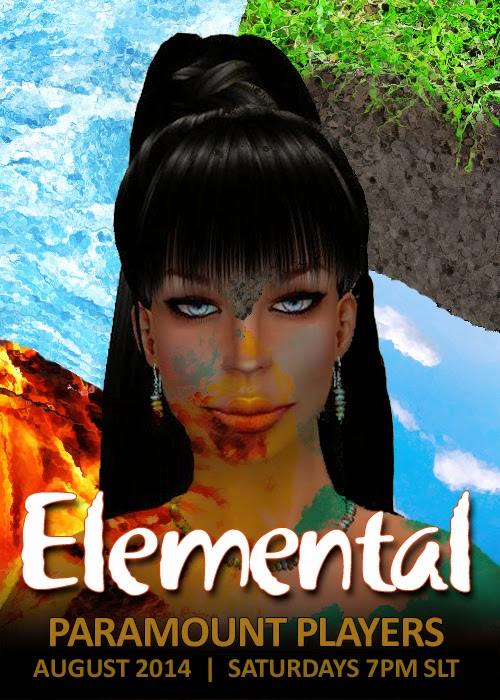 
Come join us for an evening of classy but sassy entertainment as we the PARAMOUNT GRAND THEATRE, the Paramount dancers dance for you at 7pm slt, in our new show, Elemental.

NEXT SATURDAY, AUGUST 30TH at 6pm slt, we plan to have a Labor Day Party! It's for everyone to come and enjoy the tunes and the time with each other!
By Lotta D. Difference at August 23, 2014 No comments:

For those who didn't see our production last year, we want everyone to know this is not a "Rocky Horror Musical Revue" - - this is a Play, which runs a little over an hour.  It was a huge hit last year and of course, we're hoping it will be an even bigger hit this year!!!

Most of the parts in the show are open.  Lotta and I have taken the same roles we did last year: Rocky and Magenta; we each love to perform our chosen roles and they both give us the flexibility to perform our production duties during the program.

What we are looking for in all roles is for performers who can, through clothing and movement, perhaps gestures, capture the "Spirit" of the original characters.  I mean - I'm not going to use one of my Sean Connery or Bob Hope Avatars - with their specific AO's, to "interpret" the spirit of the character Rocky.  :-)

Columbia:        Groupie.  The part of Columbia is significantly expanded in our production.

The Transylvanians:
The Transylvanians are our Chorus Line.  In our 2013 production they appeared in Act I (Time Warp, Sweet Transvestite, Sword of Damocles, Charles Atlas & Hot Patootie) thye were off stage during Act II (Toucha Toucha, Eddie, Planet Schmanet) and returned for the Act II (Floor Show, Don't Dream it, Wild & Untamed, & I'm going home, ending).  For 2014 we want the Dancers in the chorus line to also appear during Act II - - in ways that are intended to add get positive audience responses.

This is the SL Paramount Grand Theater - there is nudity.  Lots of it.  And also "sex".  Much more of both than is in the movie version.  (Both got very positive audience reaction last year.  Everyone (Including the Transylvanians) except Riff Raff and Eddie appear nude some time or other in the show.  Even Dr. Scott.

Production:  Last year the spot on system was new to us and was used sparingly.  This meant that there was a lot of individual movement of characters during the show.  I don't plan to change this much.  Being in Rocky is not an exercise in sitting on a spot and doing nothing.  Not even for the Transylvanians.

Rehearsals:  We learned last year that the best way to rehearse this extremely complicated program is to rehearse with small groups - usually 2 to three people.  And to rehearse a lot.  Rehearsing in small groups helps a great deal when it's time to put the whole thing together at Our regular rehearsals which are on Wednesdays at 5:30 PM.  The shows will be presented at the Paramount's regular time of 7 pm slt on Saturdays.

We will publish a schedule of rehearsals and performances as soon as possible.

AUDITIONS:  If you desire to be in the Rocky Horrid Show 2014 please fill out an "Audition Card" and give to Lotta Difference AND Pathmaker Campbell.  Once we receive your Audition Card we will respond so that you know it was received and we will then keep you informed of what is going on.

Thank you so much,  Path.

Name - full identification so that we can find you in search if we have not yet Friended:

If you are a member of any SL Dance or Performance Troupes please list them here:

Other theatrical experience including rl that you wish us to know about.

Your Avatar is Male or Female;
(If you are applying for a role using an Alt please indicate here, including the name of the Alt)

Please mark below the characters you wish to play.  Please number your choices in order of preference - like if you will play either Frank or Riff Raff but you prefer Riff - then mark Frank "2" and Riff "1"

Please include any additional information you would like us to have.  For example - if you are accomplished at creating production numbers using the Spot on Performance Director, etc.

Pictures of our last show are posted on page 3 of picture page. It seems to not want to work but I'm trying! They are also on Facebook. Pictures were taken by Queenie, Ariel and Becca Baxton.

Also on Facebook, Maryjane, a member in the audience, has uploaded quite a few of pictures to her account. She also shared pictures of Movie Magic Show! I shared it with the Paramount page! You have to scroll down a few to see what she has taken.

THANK YOU ALL for a great night, tips, the company, comments and pictures from last ngiht's show!
By Lotta D. Difference at August 17, 2014 No comments:

Come join us for an evening of classy but sassy entertainment as we the PARAMOUNT GRAND THEATRE, the Paramount dancers dance for you at 7pm slt, in our new show, Elemental. 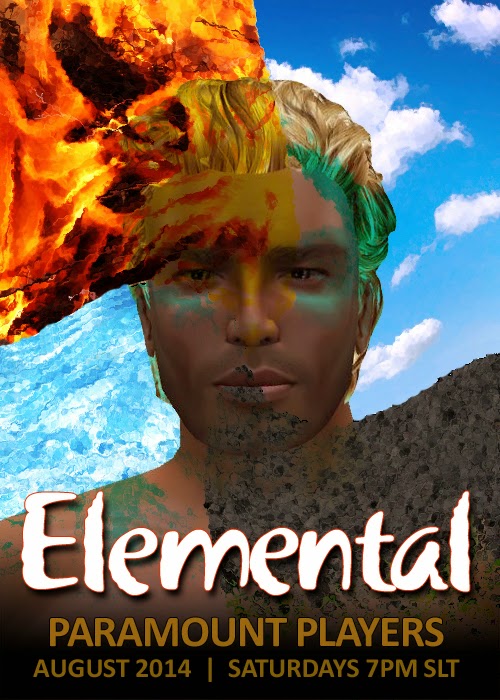 Come join us for an evening of classy but sassy entertainment as we the PARAMOUNT GRAND THEATRE, the Paramount dancers dance for you at 7pm slt, in our new show, Elemental.

Mags, the owner of Little Box Theatre, posted some some pictures of the show we did last night at her theatre. Have a look see! :D

If you want to dance on Thursday nights from 5pm-6pm slt, drop Pathmaker Resident and Lotta Difference a notecard in world. We'll only have 4 people (acts) a week plus a closer where everyone participates in the dance. Drop the note by Monday at 7pm slt. That way we should have everything in order and ready for rehersal Tuesday nights ;)
By Lotta D. Difference at August 08, 2014 No comments: 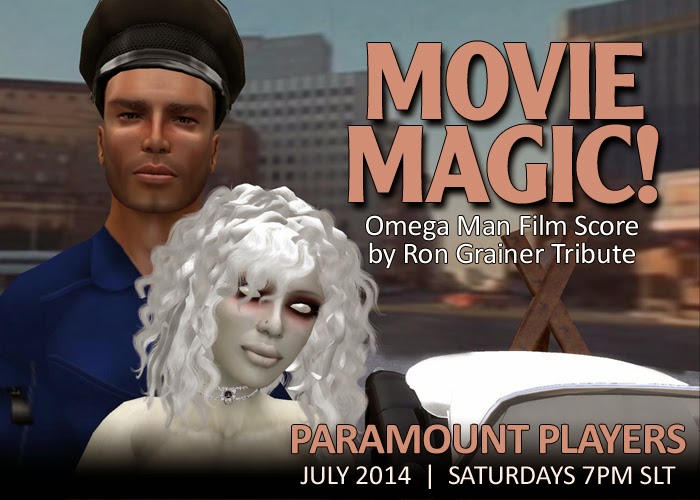 Come join us for an evening of classy but sassy entertainment as we the PARAMOUNT GRAND THEATRE, the Paramount dancers dance for you, in our new show, Movie Magic!

The players take you to the movies! Bring your popcorn, soda and candy and pull up a chair. Come for the dancing, laughs and great music from soundtracks we love.

UNA WOODRUNNER, great dj and dancer will be djing in the Paramount Grand Theatre for 2 hours starting at 5pm slt. She'll play it but only if you request it! Come boogie or cuddle with a loved one in the theatre and enjoy the tunes!