ROCKY IS BACK THIS WEEKEND! 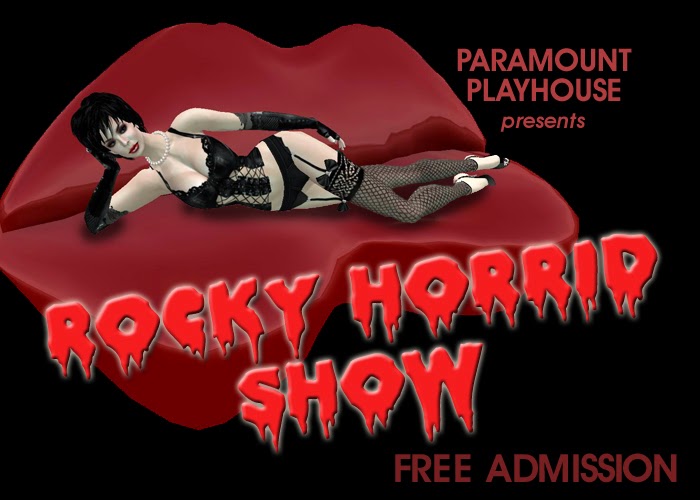 Come join us for an evening of classy but sassy entertainment as we at Paramount dance in our newest show "Rocky Horrid Show" on Saturday, December 7th at 7pm SLT AND Sunday, December 8th at 2pm SL. It's OUR version of The Rocky Horror Show.

Tale of newly engaged couple Brad Majors and Janet Weiss who find themselves lost and with a flat tire on a cold and rainy late evening. Seeking a telephone, the couple walk to a nearby castle. They discover a group of strange people who are holding an Annual Transylvanian Convention. They are soon swept into the world of Dr. Frank N. Furter, transvestite from Transsexual, Transylvania. The ensemble of convention attendees also includes servants Riff Raff, his sister Magenta, and a groupie named Columbia. In his lab, Frank claims to have discovered the “secret to life itself”. His creation, Rocky, is brought to life....