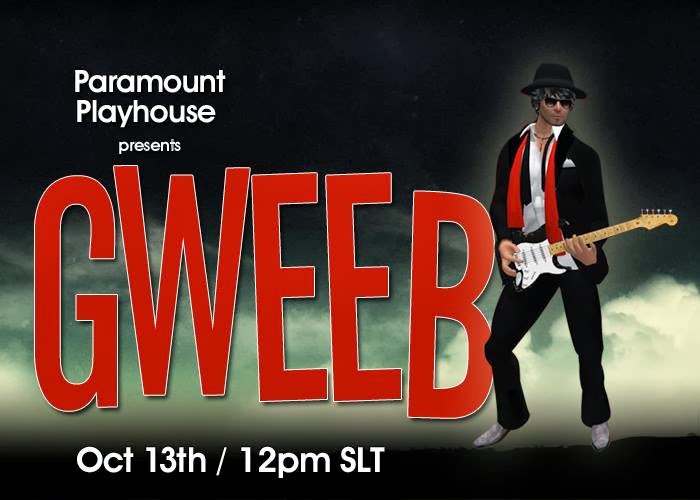 Gweeb brings the highest energy, fullest solo sound to Second Life. Don't believe us? Come by and listen. His off-the-wall humour, disguising a voice both powerful and melty, combined with an oddly eclectic repertoire, including a scattering of original tunes, many featured in television, theatre and cinema.

Don't miss the Gweeb experience! It's not one to miss!
By Lotta D. Difference at October 13, 2013